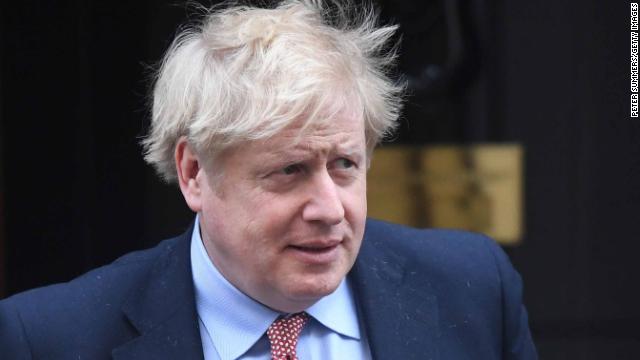 Cabinet minister Michael Gove described the Sunday Times piece — which reported that Johnson had missed five emergency meetings on the virus and accused the government of failing to order protective equipment or heed scientists’ warnings — as “off beam.”

“The idea that the Prime Minister skipped meetings that were vital to our response to the coronavirus, I think is grotesque,” Gove told Sophy Ridge on Sky News on Sunday.

“The truth is that there were meetings across government, some of which were chaired by the Health Secretary, some by other ministers, but the Prime Minister took all major decisions,” said Gove.

“Nobody can say that the Prime Minister wasn’t throwing heart and soul into fighting this virus. His leadership has been clear. He’s been inspirational at times.”

Speaking later on the BBC’s The Andrew Marr Show, Gove acknowledged that Johnson had not attended the five Cobra meetings but said this was not unusual since such meetings were usually led by the relevant Secretary of State.

Cobra is the colloquial name given to interdepartmental meetings in the Cabinet Office Briefing Room “A.” Because of the serious nature of these meetings, they are usually chaired by the PM or another senior minister.

Johnson first chaired a Cobra meeting on coronavirus on March 2.

Gove added that the Sunday Times article was using this information “out of context” and “whipped [it] up in order to create a ‘j’accuse’ narrative.”

The Sunday Times report also stated that a number of opportunities to reduce the impact of the pandemic had been missed by the UK government in January, February and March.

The government has been criticized over shortages of personal protective equipment for frontline health and social care workers and a slow start to testing for the virus.

A Downing Street spokesperson said in a statement Sunday that the government had been “working day and night to battle against coronavirus, delivering a strategy designed at all times to protect our NHS and save lives,” and guided by medical and scientific expertise.

“Our response has ensured that the NHS has been given all the support it needs to ensure everyone requiring treatment has received it, as well as providing protection to businesses and reassurance to workers,” the statement said.

“The Prime Minister has been at the helm of the response to this, providing leadership during this hugely challenging period for the whole nation.”

Johnson continues to recuperate at his official country retreat following treatment in intensive care for Covid-19.

The Prime Minister is “recovering well” and is in “cheerful spirits,” Gove told Sky.

Gove said Johnson had spoken with Foreign Secretary Dominic Raab on Friday to deliver instructions to the government.

Johnson continues to follow the advice of his doctors in order to make sure that he “rests and recovers fully,” Gove said. He added that the Prime Minister is “absolutely on top of things.”

China Sets Date for Congress, Signaling Coronavirus Is Under Control

Our mission is to help you find the best products in India. We are the Best Review Under One Roof who do the extensive research, that you otherwise would need to do, and provide you the top picks for each product – so that you easily can pick the best one!
Contact us: support@homeonfleek.in